Capri island, one of the world’s most renowned destinations for summer holidays. Synonymous with luxury shopping, glamorous lifestyle and crazy nightlife. That’s what Capri is, in part. In fact, this is just one side of the whole story. Fall, we believe, is maybe the best time of the year to enjoy the perfect holiday.

Maybe not everyone knows that Capri rose to prominence between as a ‘cool’ tourism destination between the end of the 18th and the beginning of the 19th century, when writers, intellectuals, archaeologists and scholars fell in love with the myth of the Mediterranean Sea.

As the residence of Emperor Tiberius was discovered on the top of the mount that has been known since then as Mount Tiberius, Capri became one of the so-called Grand tour’s milestones and a destination for winter tourism.

Until at the 1950s Capri was the place where prominent personalities from all over the world came to spend the Autumn and Winter time. 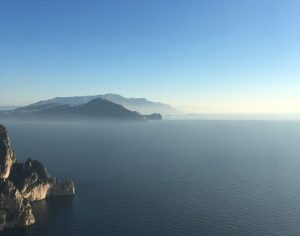 Fall is in fact one of the most beautiful seasons of the year to experience a holiday in Capri. That is true for a number of reasons.

1) If you don’t fancy the Summer’s madding crowd, that’s the time. The island maintains the liveliness of the Summer time, but it’s quiet and peaceful.

2) The weather. Warm and sunny days to enjoy the sun and te blu, crystal, emerald blue waters surrounding the island.

3) Colours. The island’s skies get depicted with shades of colours beautifully mixing together. An astonishing spectacle words cannot describe.

4) From ancient Roman ruins to breathtaking views from the island’s highest peaks, Capri’s cultural and natural wonders are all yours to discover.

5) Naples, the Sorrento coast, Ischia island, the Amalfi coast. Every single one of these marvellous places you want to visit, you can do it smoothly. No queues, no unbearable heat, nothing like that. Your just need to decide where you want to go and what you want to see.

Just imagine what it would be like walking down one Anacapri town’s beautiful streets, maybe after having dinner in the open air at one of the many traditional little restaurants, surrounded by a magic and romantic atmosphere… with nothing more than a jumper on your shoulders. 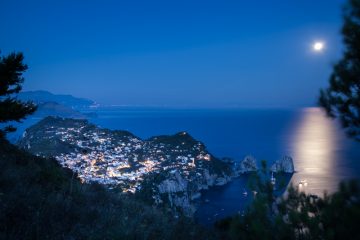 Capri. A far from the crowd sweet escape

Capri is renowned for swarming with thousands of tourists in Summertime, especially in July and August. Nevertheless, Capri can be, and actually is, a far from the crowd place, where enjoying the stunning beauty of the Mediterranean nature Read more… 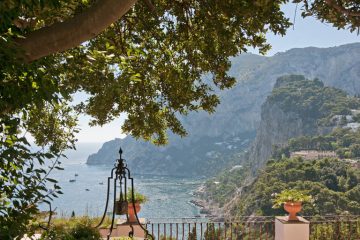 September: time to fall in love with Capri

Capri is not just the Summer razzle-dazzle. There is a lot more than crowdy streets and crazy night-life. And this is to be found in September. Truth to be told, Anacapri town, where hotel Senaria Read more… 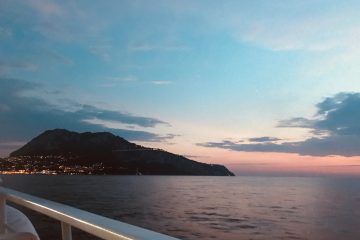 Sunday evening. The ideal time to start your holiday in Capri

A lazy Sunday evening. The ideal moment to start your holiday in Capri. That’s true for a number of reasons. The island just empties. No crowd. No chaos. No congestion. Those who landed on tis shores Read more…