A sunny Autumn day. The ideal time to go hiking and explore one of the most beautiful trails in Capri, the Passetiello trail. Passetiello is a natural path connecting Capri town to the island’s highest peak, Monte Solaro, located in Anacapri town.

In fact, Passetiello was for a very long long time the only existing way to go from Capri to Anacapri, along with ‘Scala Fenicia’, a stairway built during the Greek colonisation of the island. While the road linking the two towns was built during the first half of the XX century.

Starting at the junction between the road to the port, Marina Piccola and Anacapri, Passetiello trail does lead you into the wild. 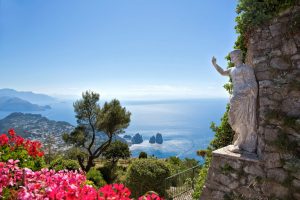 After a while it turns into a mountain path. You can barely see the sky during the climb, as the sight is blocked by the trees. Then, all of a sudden, as you pass through a narrow passage, the most stunning view opens up in front of your eyes. The Mediterranean Sea, the whole island at your feet.

But it’s not finished yet. The climb goes on for half an hour at least on along a steep slope at the end of which a magnificent valley discloses. It is called Cetrella valley. Now you can sit down and relax, and let your eyes feast on such a spectacle. 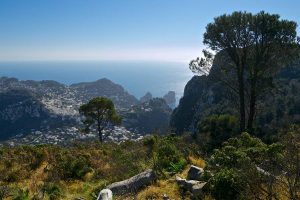 Should you want to continue to Mount Solaro, things are easier. A flat walk and then a not so hard climb, from the top of which you will admire the beauty of the Gulf of Naples. Enjoy!!!

Things to do in Capri island: the Forts Trail

Want to know what to do in Capri island during your holidays? Here is a clue: the wonderful Fort Trails!!! One of the most stunning experience to live in Capri island. A magnificent trail running along Read more… 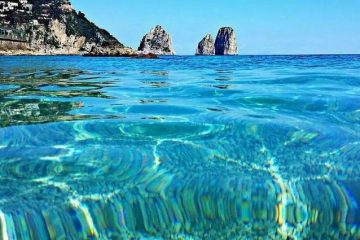 It’s time for your holidays in Capri

It’s time to book your holidays. Capri island is a whole world to discover. A world of many beautiful things to do and see that you will always remember. Each and everyone of such things Read more…